How did you get into trading? 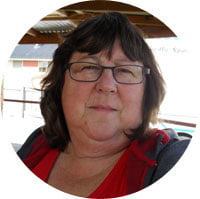 I have known about investing in the share market since school. My parents had shares for investment back in the days when many companies were in their infancy and had yet to grow in the late 60’s and 70’s. I enjoyed commerce as a subject at school and did well at it. I was keen to learn about company structures and how they operated.

When my partner & I changed all our banking to ANZ, I was scrolling through the website and came across the E-Trade site, which influenced me to transfer my shares and I was off again. By then I was only working part time, as the job market kept slowing down. I sold some of my WES shares to diversify a little and buy other companies.

What do you trade, for example, shares, indexes or currencies, and why?

I had shares in MYOB when they first floated in the late 90’s, as I was a MYOB client. Back in the day I had to access through a broker (my superannuation agent was part of a stockbroking company). Therefore, to cut a long story short- I held them too long and missed out on the huge profit made from the dot com bubble. I still managed to sell at a small profit a couple of years later and bought Wesfarmers shares for $39.00. I was off!! However, I didn’t know how to deal with a broker and it cost money every time I approached them, so I just let my Wesfarmers grow with DRP and religiously put my franking credit refund into more shares every year. A couple of years and much research later I found the TradersCircle website. I wasn’t quite sure what they were talking about, but I was eager to find out!

Do you think the everyday person on the street has a chance? Can they become successful traders?

I was a member of a bookkeeping “network” group and each month we would have training, speakers from different industries related to bookkeeping/tax/accounting/finance industries. One time we had a wonderful speaker who spoke about her life and was very empowering. She described where her business ethics came from and what her business was, and expressed her advocacy for funding your own retirement gracefully and investing into your future. She gave me the idea of being able to manage our own SMSF. I knew I could do it and felt immense motivation. Anyone eager enough can successfully make it.

How have you been able to learn and educate yourself about the markets?

What were some of the mistakes you made when you started out?

I have mainly traded the TradersCircle recommendations but have done some other trades, too. In some cases I stayed in the trade too long just to wait another day and then experience an overnight disaster! SANTOS trade is the one that comes to mind. It has made me super careful now to the point of not even doing a trade. So I simply paper trade or just watch for a few days to see what actually did happen.

Before the GFC, my partner had been contributing to his SMSF as part of a defined fund. When the market crashed his super alone lost the value of all his own contributions, mine was rather small and wasn’t affected that much. So I thought if we were going to lose money, then the choice would be ours and not someone else’s to make. Moreover, the fees were reducing my super considerably.

What are some of your golden rules?

At Carlo’s Trading Mastery Program I learned trading rules, which even today are always in my mind. It is important to pay heed to these rules so you don’t trade your entire bank at once and can keep going consistently. I look at a chart and if nothing’s there, I move on to another. Some days the market is just flat. One must adhere to the technical rules first. I also like fundamentals and use them for my back up decisions. On the other hand, there are some companies, which for whatever reason just don’t appeal to me for a trade. Ultimately, it is an individual’s preference.

What’s the number one thing traders can do to improve their performance?

In order to improve, you just need to practice paper trading if you are not confident. To have confidence in yourself and your decisions (this is where I struggle), read as much as you possibly have time for and/or can retain. It helps if you also enjoy it. If you have to force yourself to do it, it becomes a chore. However, once it comes easily to you, and with time it will, then it all just clicks together eventually.

Finally, what is core to a trader’s success?

In my opinion do not place more than 20% of your balance on a trade. Don’t expect miracles or fortunes to come along with your trading. Choose companies that you like, research and follow them. It helps if you don’t have too many trades in at the same time, especially at the start. Follow the rules, and if you don’t have enough money in your bank to feel comfortable trading, then walk away for another time as you have to consider brokerage on the trades as well. I have had some wins and some losses, but a lot of break evens or just under. I also think you can never stop learning and reinforcing the rules, It’s important to keep studying the market, which is why I am doing the Fast Track Program again.