Bravechart stock watch: The future of tissue repair and regeneration 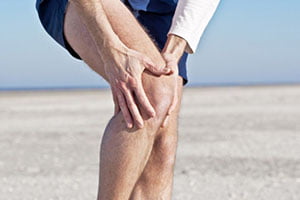 When someone loses the ability to control their muscles or are unable to feel any sensation in the affected body part, it can be a very costly and time intensive road back to some form of functionality.

The only real approach to bring back sensation and some form of feeling is by way of microsurgery. With these kinds of procedures, the risks can sometimes outweigh the benefits and even sometimes do more damage.

This decision can sometimes be the only option available to the person, this is where Orthocell (ASX: OCC) have attempted to break-in to this market. Orthocell are looking to advance tissue repair and regeneration.

The company was founded back in 2006, and since then has been trying to develop methods and products that can help reverse the damage caused by previous injuries; be that via sport, a workplace accident, or a motor vehicle injury.

So why Orthocell and what are they doing now?

Orthocell are being touted softly in the media now, following the completion of a clinical trial for their ‘CelGro®’ product, which they claim will regenerate the severed nerves and give the patient the ability to use their injured arm or hand.

Nerve specialist, Dr Alex O’Beirne (the lead medical advisor for the trial) stated in regard to the first four patients involved in the twenty-person trial:

“The nerve injuries suffered by the patients in this study were so severe that they would not have been able to regain normal use of their injured arm and hand without microsurgery. The surgery can be very complex and difficult but using CelGro® has enabled us to rejoin severed nerves without tension.”

The company’s patented CelGro® product has also received European approval as of last year. It functions basically as a collagen bandage that is bio-absorbable, capable of attaching around the damaged nerve like duct-taping two ends of rope together.

The technology guides and supports the nerve ends together, both repairing the damaged nerve and restoring function and sensation to the affected limb.

As stated above regarding the recent report, the company completed a clinical trial on four of the twenty patients studied. The four subjects were studied using the British Medical Research Council Grading System.

The grading is as stated; ‘British Medical Research Council Grading System, with a score of 0 to 5. A score of zero (0) indicates inability to contract the affected muscle, a score of five (5) indicates an optimal result, where the newly regenerated nerve has restored normal/full power of affected muscles. Sensory function was also assessed using the static and moving two-point discrimination test.’

The main talking point from the study, and the reason I have decided to write about this company, is the fact that the first four patients completing the trial scored ‘a muscle power of four (4), representing an 83% improvement.’

As you can imagine this small sample size is a little too hard to get a full understanding of the trial’s overall success, but initial findings are promising to say the least.

What do I see happening?

With the trial being complete on four of the twenty patients, we still have the remaining sixteen patients to come. A further report will be released in Q2 CY2019, which should give further insight on the remaining patients.

The company are also in pre-IND meetings with the FDA over US approval. Considering the US market contains ‘over 20 million people suffering from peripheral nerve injury as a result of motor vehicle, sporting or work-related incidents every year, at an annual cost of approximately US$150 billion.’, we could see a big percentage of the market open up for CelGro® to move in to.

The company also stated, ‘addressable market in peripheral nerve repair is estimated to be worth more than US$1.1billion per annum, with approximately 700,000 procedures that could use CelGro® completed each year.’

This news has also not been taken lightly by the market, with the share price of Orthocell jumping from 11.5 cents last Tuesday, to 55.5 cents Wednesday, then a 3 year high at 78 cents on Thursday.

To me, Orthocell provides an opportunity to invest in an interesting and potentially world changing company that not only can make money, but to create a global product that could impact a significant amount of people. Potentially saving limbs from individuals caught in unfortunate circumstances.

Remember, the opportunity to make large gains on small cap companies can always be speculative and risky, so do your own research and decide if the risk and reward are at comfortable levels for yourself.

Until I see another company that moves my kilt, I thank you for reading, and wish you a good day.